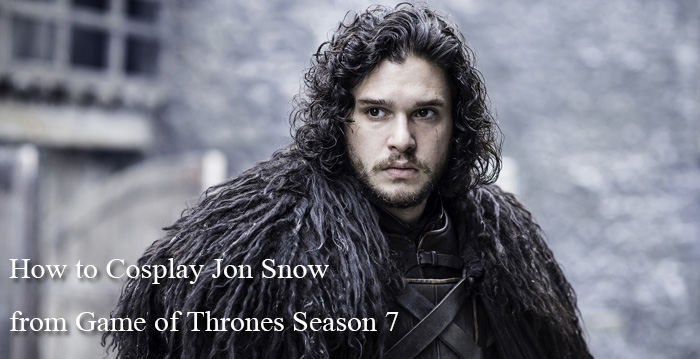 Jon Snow was born Aegon Targaryen. He is the son of Rhaegar Targaryen (the late Prince of dragon stone) and Lyanna Stark. From his birth, he is presented as Lord Eddard Stark’s (Lyanna’s brother) bastard son. He was raised by Eddard with his legitimate children at Winterfell. His real parentage was kept a secret from him for years. His wish to escape the tag of a bastard makes him join the Night’s watch where is eventually chosen to be the Lord Commander.

He later on murdered in a mutiny, from where he is resurrected by Melisandre who is the red priestess. This freed him from his night watch vows and then Jon joins his cousin Sansa Stark to build an army together and take back Winterfell from the house Bolton, thus restoring the Dominion of Stark over the North with Jon being declared a new king. But after capturing a Wight and then presenting it to the Lannisters as proof of the army of the dead being real, he pledges his support to the army of Daenerys Targaryen who is Rhaegar’s sister and steps down from being King.

He is portrayed by Kit Harrington and his season 7 costume has a lot of elements to it which involves armor, belt, cloak, gloves, vest, pants, and shirt.

Here we will discuss how you can cosplay Jon snow from Game of Throne season 7:

Armor: Jon has a neck plate which he wears on top of his shirt and vest. You can easily make one at home using cardboard or by using lightweight faux metal materials. This will give you the shine, but without the weight.

Pants, leglet, shirt, and vest: All of this looks like leather. You can either purchase the full set online or you can make it with faux leather jackets and pants. The exact design might be hard to get on an ordinary leather jacket, but you can pass with the ones available in the market. If you are ready to put in the effort, then add in the buckles, the designs and metal straps to it.

Clothing details: Remember that Jon wears two or three layers of clothing. The ones absolutely underneath are lightweight and light colored. It is the tunic which he wears on top that is black colored and looks heavy.

Hair: You can buy a wig to have curly hair like kit Harrington or you can opt for the tied back hair with a wig as well.

Accessories: His weapons like the sword are easily available online and you can simply buy one really cheap. Of course, you can make one as well, but it is bound to cost more and it will also be time-consuming.

Jon Snow is poised to be a major player in the upcoming season of the show. Will he be king, no one knows but you can certainly be the White Wolf with this cosplay.