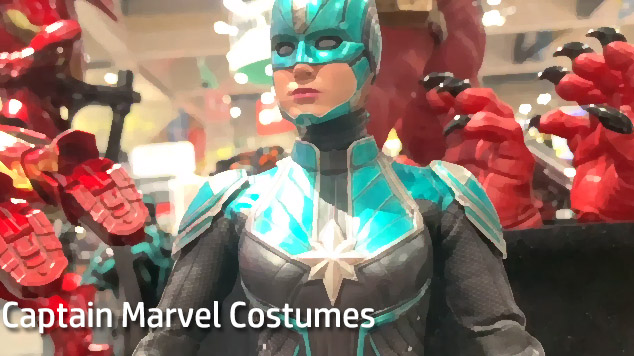 Everybody loves the role of superhero Captain Marvel in the movie. The role of the captain marvel in the movie is played by Brie Larson. She is the most loved character as well as an award-winning actress. She has won lots and lots of hearts and awards for her amazing role in the movie Captain Marvel. Also not to forget the fact that she is the first solo female superhero in movies. People love what she wears, her costume, her multi-colored suit, boots, accessories, a color combination she wears, etc.

Let us know about some of the best reasons to select Captain Marvel cosplay costume this Halloween. The making of the costume comprises of many secrets about the role. Some of them are:

Triangle: the triangle design included in Captain Marvel costume is considered as the most important part of the suit. There is lots of triangle shape designed in the suit. It is present in the chest area as well as the arms side of the body. It is also present in the belt and gloves of the costume. Triangle is represented as the strongest and most balances shape of all. Triangles also make the facets of the star.

Military look: the uniform of the character Captain Marvel was designed to give the military touch to the costume. It was planned to make the uniform look very military. The sole reason to do this is that Captain Marvel is the part of a Military force, the Knee. The designers wanted the look to look like the costume could endure the rigors of different environments and space.

Analyze the design style of captain marvel suit from details

Boots: Captain Marvel suits does not include any heels or sandals. She wears boots which go with her costume. Her boots are not like any other boots; they are designed to look at military people and they are very utilitarian.

Symbols: if you look closely at the costume of each member in Starforce, every one of them has a unique star design in their uniform. Each costume design tries and reflects the status as symbols for the Kree people, As well as about their home planet which is known as Hala.

Chest stripes: Captain Marvel suit is added with the golden pair of stripes on the chest side.  It is a golden and metallic stripe that is extended out of the stars on the chest side. It looks like she has been promoted to rank in the form of stars.

Form-fitted suit: the uniform of the Captain marvel comprises of Form Fitting which helps to be comfortable in wearing. The design is also done to be protective and practical.

Captain America: the suit of Captain Marvel is very much similar to the get up of Captain America. This is done because they both are part of very military and they have many similarities like the most obvious one is that they both have stars on their chest. 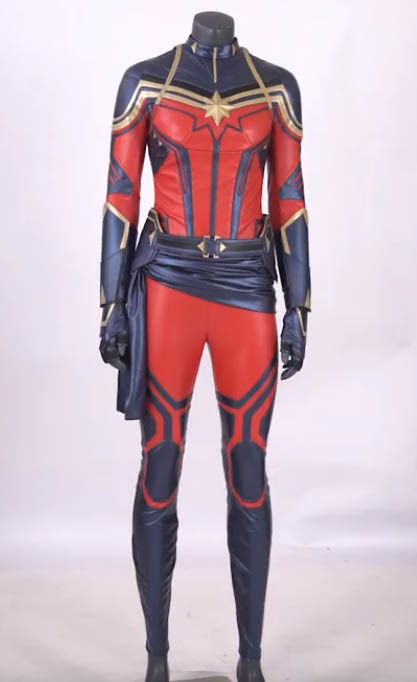 Helmet design:  the helmet design of Captain Marvel is a Mohawk Design.  Such cool design of her helmet is taken from the design of Jamie McKelvie’s helmet design in Kelly Sue DeConnick’s comic book. Any uniform with a helmet touch can increase the aesthetic level of watching any superhero performing actions in movies. The helmet of the character works on an alien technology that is related to Starlord’s marks.

These are some of the unique features of the character Captain Marvel costume.  The costume will definitely look beautiful on you, if you are wearing it on your Halloween party.